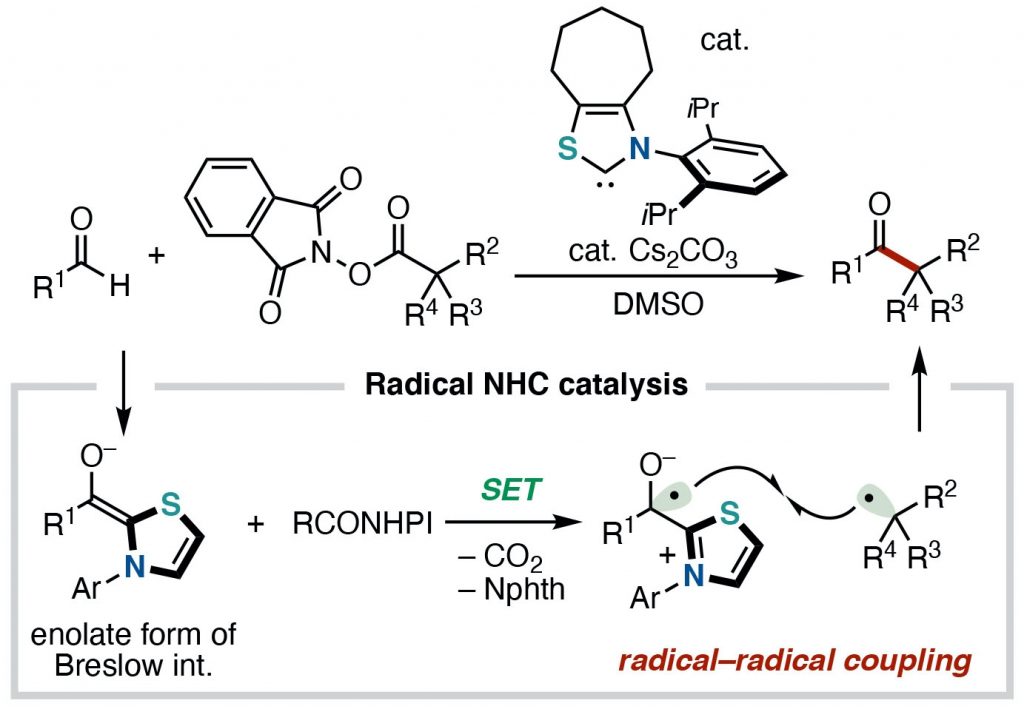 We reported the organophotoredox-catalyzed decarboxylative cross-coupling of aliphatic carboxylic acid-derived redox active esters and aliphatic alcohols. The reaction involves a SET from the excited state of the phenothiazine (PTH) catalyst to a redox active ester, resulting in the formation of a PTH radical cation and an alkyl radical, which is liberated from the redox active ester. The resultant carbon centered-radical is oxidized by the PTH radical cation to the corresponding carbocation intermediate, which couples with various heteroatom nucleophiles. 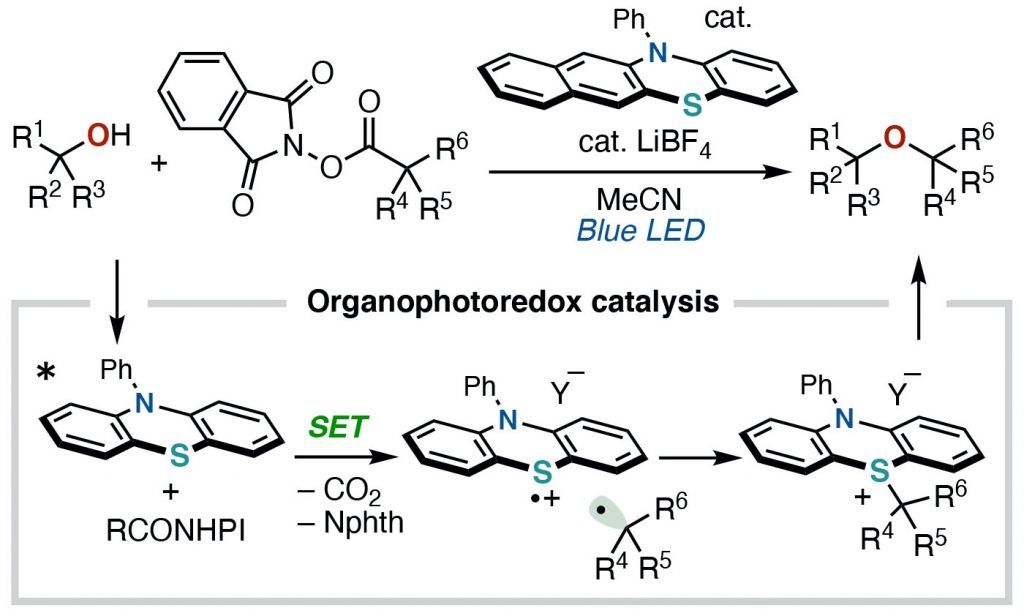